Is It True That Athletes Have Terrible Teeth? 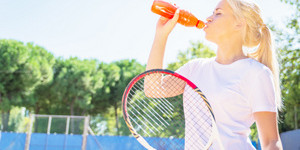 You may have heard that rumor that athletes have some of the worst teeth, compared to their peers. It could be the sports drinks they’re consuming, or the constant sweat and exertion they put on their bodies. But there are ways to be at the peak of your athleticism and still have a brilliant smile to match. Read along as we explore what makes dental care difficult for some athletes, and what you can do to prevent periodontal disease and more.

Dental Care at the Olympic Games

After the London Olympic Games in 2012, the Associated Press delved into the dental care that was available for patient athletes at the games, and were shocked to find that the team of 30 dental care providers had over 100 visits from athletes per day for the length of the 17-day event. One organizer said they had athletes coming in as late as 10 p.m. some nights.

Paul Piccininni, the dental director for the International Olympic Committee, commented: “The oral health of athletes is worse than the oral health of the general population…considerably worse.” He cited a combination of sugary sports drinks, carbohydrate-heavy protein snacks, and teeth grinding when exerting effort to be the most damaging for teeth. Piccininni elaborated, “You could land the Space Shuttle [on some athlete’s teeth]…Flat as a pancake. They have worn it down so much.”

The article went on to describe how a few athletes nearly lost their chances to medal, due to extreme pain or bacterial infections from dental problems. While it’s reassuring that our Olympic athletes have access to top-notch dental care, especially at the upcoming 2016 Rio de Janeiro Olympic Games, there are some tips that athletes at home can keep in mind to care for their chompers.

So, is it true that athletes are more prone to diseases like periodontal disease? Well, it depends on the athlete and what they’re consuming.

Periodontal disease is commonly caused by infections in the gums from cavity-causing bacteria. These bacteria lay waste on your teeth in the form of plaque and tartar build-up, which can descend under your gums and cause inflammation, bleeding, and swelling.

It’s not to say that athletes are more susceptible to periodontal disease. Due to the exertion on their bodies and the foods/drinks, they’re consuming, athletes can potentially be damaging their teeth at a faster rate than others, especially if the athlete in question has a poor oral health regimen.

We’ll be happy to schedule you for an evaluation or consultation with Dr. Susan Karabin or Dr. Edward Gottesman. You’ll be able to ask us questions, learn about treatments, and get your oral health evaluated right here in New York City at PerioNYC.

7 Worst Practices For Teeth
Brushing Up On Dental Hygiene Basics
Common Misconceptions About Dental Health
Can Gum Disease Be Contagious Through Kissing?
Will I inevitably lose my teeth as I get older? 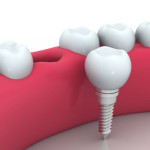 How closely do dental implants resemble a natural tooth? 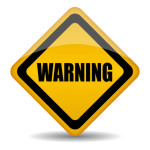 4 Warning Signs You May Have Gum Disease
Menu