Bleeding Gums Can Affect More than Your Smile

If you notice a little bleeding or tenderness as you brush or floss, then you probably have scolded yourself about your need to floss more often. In the scheme of life, it’s easy to postpone flossing or brush too quickly, and we tend to view occasional bleeding as a little reminder to do a better job in the future.
Unfortunately, bleeding gums can affect more than just your smile. In fact, the consequences of bleeding gums can become irreversible with the professional help and advice of an experienced periodontist.

With the help of your periodontist, the source of your bleeding gums can be uncovered and addressed. Research has shown that this disease is best conquered when it is confronted in the earliest stages of development.

Don’t overlook or disregard your bleeding gums. Call the office of Drs. Susan Karabin and Edward Gottesman at 212-756-8890 to schedule your professional evaluation today.

My Gums Bleed After I Brush: Should I Be Concerned?
Why are my gums inflamed even though I brush and floss daily?
The Onset and Progression of Gum Disease
Can children and adolescents get gum disease?
Signs and Symptoms of Periodontal Disease 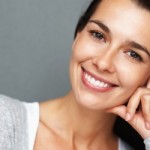