My Gums Bleed After I Brush: Should I Be Concerned?

Bleeding may very well be one the most recognizable signs that something is wrong with the body. No matter where it occurs in the body, whether it’s internal or external, the tiniest spot of red is sure to get your attention. And that’s exactly what nature intended. It’s essentially a red flag, alerting you that something has injured your body and your immune system has been activated to control the situation.

When bleeding occurs in the mouth, it’s likely a sign of active gum disease, and it’s a condition that shouldn’t be ignored. The bacteria that is responsible for gum disease (periodontal disease) causes such damage to the gums and the bone, that the resulting infection activates the immune system. On the surface, the gum tissue swells and becomes much more tender and fragile. The mere action of the toothbrush bristles moving across the gums can lead to bleeding.

For many patients, it’s easy to ignore a little bleeding during brushing, especially if it occurs frequently and without pain. However, bleeding could be an indication that more damage is occurring below the surface of the gums, and it tends to become progressively worse without professional intervention. Advanced gum disease is virtually impossible to control with your toothbrush and floss, and the long-term consequences of the disease often include severe bone loss, tooth loss, and widespread health complications.

Besides periodontal disease, there are other conditions that can cause the gums to bleed after brushing, including pregnancy, dry mouth, or aggressive brushing. Attempting to diagnose the cause of your bleeding at home is never recommended, since a number of factors could be contributing to your symptoms. Instead, a professional periodontal evaluation should be performed by a periodontist who has been board certified, in which x-rays, clinical charting, and a medical history review can be conducted to properly assess the health of your gums.

If you have noticed bleeding after you brush, heed your body’s warnings and contact the office of Drs. Susan Karabin and Edward Gottesman at 212-756-8890 for an evaluation today.

Why are my gums inflamed even though I brush and floss daily?
Bleeding Gums Can Affect More than Your Smile
Common Habits That can Harm Your Gums
Can the appearance of my red, swollen gums be improved?
Scaling and Root Planing: Purpose and Procedure 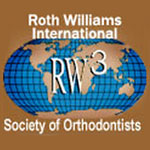