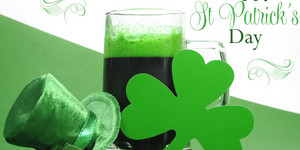 It’s finally March in Manhattan, which means the days are getting longer. It’s getting (a little) warmer outside. Soon, the flowers are about to be in bloom. Best of all, there are more events, where you can get out and truly enjoy your amazing Manhattan community.

Part of the reason we began our blog was to discuss dental implants and dental health. We also want to use it as a platform to talk about all of the great events in the area. This month, there are quite a few holidays. In a couple of days, Saint Patrick’s Day will be here. Most American New Yorkers have a minute amount of Irish heritage, or at least like to partake in Irish culture from time to time. So, today, we wanted to dedicate our blog to discussing St. Paddy’s Day festivities.

The main reason for St. Patrick’s Day is to celebrate the death of St. Patrick, the Patron Saint of Ireland and the Archdiocese of New York. On St. Patrick’s Day, we also celebrate our Irish culture by partaking in different Irish traditions, like Guinness, Irish Coffee, corned beef and cabbage, and Shepherd’s Pie. Not to mention, we wear green and pinch those who aren’t doing their Irish duty. Besides these typical St. Paddy’s Day shenanigans, there are other ways you can celebrate the holiday in New York City. One of these ways is by heading down to the Manhattan Parade.

Ney York is one of the greatest cities in the world to celebrate Saint Patrick’s Day. From bagels to beer, everything turns green on March 17th.

In fact, the 2016 NYC St. Patrick’s Day Parade is the largest in the world. Beginning in the 1760s, it’s the oldest yearly NYC event. The first St. Paddy’s day parade in NYC started just 14 years before the signing of the Declaration of Independence. Impressively, the St. Paddy’s Day Parade has been around longer than America has been around as a country!

The first parade was made up of homesick Irish ex-pats and Irish military personnel, who were serving under the British rule in the colonies of New York. In the 18th century, green was banned in Ireland, so it became a sign of Irish pride abroad. With that being said, in 1762, parade-goers wore green, sung Irish songs, played the bagpipes, and reveled in their freedom to be Irish.

If you’re new to the area, the NYC St. Patrick’s Day Parade is a 1 ½ mile stretch down 5th avenue and takes place for 5 hours, and it’s always led by the 69th Infantry Regiment.

You can see just how eclectic our city truly is by observing the number of marchers and groups that partake in the St. Paddy’s Day parade. The NYC St. Patrick’s Day Parade is a family-friendly event, so there are some rules that you’ll need to follow, like no public displays of drunkenness or costumes in the parade area. For more information and news on the St. Patrick’s Day Parade, you can visit their official website here. 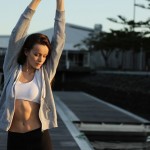 Releiving the Pain at Umansky Chiropractic 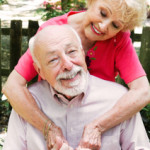