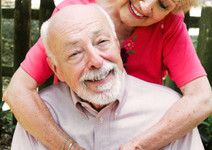 We all know that the health of our smile is closely related to our overall wellness. Some doctors even look for warning signs of systemic diseases in the mouth. Many studies have proven that there is a link between gum disease and other health problems like diabetes and heart disease. Not surprisingly, oral health has also been linked to Alzheimer’s Disease as well. This type of dementia is the sixth leading cause of death in the United States and is linked to periodontal health in a number of ways. Gum disease won’t just increase the likelihood of the development of Alzheimer’s Disease, but it has also been shown to worsen the cognitive decline for Alzheimer’s patients. Although there is still plenty to learn about the link between gum disease and Alzheimer’s Disease, we know that we can easily avoid the negative effects of poor periodontal health with avid oral care and dental check-ups. To explain more on the subject, the talented staff of PerioNYC explain more about how gum disease and Alzheimer’s Disease are related for patients here in Manhattan.

We’re sure that many of our readers know a bit about Alzheimer’s Disease or, at least, know someone that is affected by the disease. The prevalence of this disease is widespread, with an estimated 5.3 million Americans diagnosed with Alzheimer’s. Studies suggest that the number of Alzheimer’s patients 65 years old and older will reach 7.1 million in 2025.
So, what is Alzheimer’s Disease? It is a type of dementia, which is the decline in mental ability that affects an individual’s daily life. Alzheimer’s, in particular, affects memory, thinking, and behavior. While Alzheimer’s is typically associated with the elderly population, it is not considered a normal part of aging. What’s worse about this disease for patients and their families is the progressive nature of Alzheimer’s. The symptoms of this disease are mild at first and then they gradually worsen to the point where patients won’t be able to carry a conversation or respond to their environment. The average Alzheimer’s patient will live eight years after their symptoms become noticeable. Some of the warning signs for Alzheimer’s include:

As we said before, Alzheimer’s is a progressive disease that works in stages until a patient eventually loses their ability to communicate or respond to their environment. The stages of Alzheimer’s are the following:

Early-Stage: This early stage of Alzheimer’s can often be mistaken for forgetfulness. Some of the symptoms include trouble remembering the right words, forgetting names, misplacing objects or increased problems with planning. At this point, a person will still function independently and act themselves in social activities.

Middle Stage: This moderate stage is usually the longest lasting period of Alzheimer’s Disease and can last for years. During this stage, patients with continue to forget basic information about themselves such as address or telephone number, confusion about the time and place, experience changes in personality, and have trouble controlling their bladder. In the moderate stage of Alzheimer’s, patients will typically need a greater level of care and cannot live independently.

Late-stage: In the late-stage of this disease, individuals will need around-the-clock assistance. They also lose awareness of their experiences and ability to respond to their environment. This also affects their physical abilities with most patients losing the ability to walk and sit. Eventually, patients lose the ability to swallow and become vulnerable to infections.

The Link Between Alzheimer’s Disease and Gum Disease

Now that we know more about Alzheimer’s, you’re probably wondering what this has to do with your oral care. A study from the University of Central Lancashire School of Medicine and Dentistry lead a study looking at brain tissue samples from 10 patients with Alzheimer’s and 10 health patients. Researchers found that the gum disease bacteria lipopolysaccharides was present in four of the samples from patients with dementia and none from healthy patients. They believe that the two disease are related because bacteria from the mouth can enter the bloodstream and travel to other areas of the body. Some researchers believe that this can affect the brain because the bacteria can reach the brain and cause an immune system response, which causes the body to kill brain cells.

Experiencing periodontal problems of your own? Don’t wait to seek treatment! Here at PerioNYC, we offer a range of dental services that can help the look and health of your smile. To get started today, contact our office and schedule your consultation!

Bacteria in Brains Suggest Alzheimer’s-Gum Disease Link
Signs and Symptoms of Periodontal Disease
Am I more susceptible to a recurrence if I’ve had gum disease?
Can gum disease treatment also improve the health of my arteries?
Can periodontal disease be prevented? 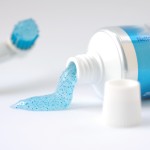 How to Find Your Perfect Toothpaste
Menu