Oral Health in the 16th Century 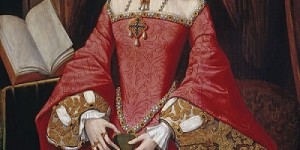 Have you ever wondered what oral health was like before modern dentistry revolutionized the world? Were there always toothbrushes? Did people always know that eating too much sugar was bad for the health of your teeth?

The short answer to that question is no. Absolutely not.

In fact, this topic is one of the most common that comes up in conversation between Drs. Karabin and Gottesman and their patients here at Perio NYC. You would be surprised as to how many people are interested in knowing what oral health was like throughout history. The funny part is once we start actually telling them a little about it, they only want to know more. People are always interested in learning about the mistakes others have made in the past.

If there are a few things that will make you feel thankful for the toothbrush and mouthwash waiting in your bathroom right now, it’s these wacky facts about oral health in one of our favorite periods of time – the 16th century. Read on, friends.

Want to Feel Blessed? Read About the Oral Health Habits of Tudor Society

If you took a paste made from pure sugar and rubbed it all over your teeth in this day and age, what would be the first thought that popped up in the back of your head? We bet we can guess.

“This is really bad for my teeth. I should brush them after this. Or at least wash my mouth out.”

Were we close? We thought so.

However, this was not the case in Tudor society during the 16th century. During this point in history, sugar was a relatively new and exciting ingredient being imported from various colonies across seas. This meant that sugar was also wildly expensive and was only available to individuals who were well off in society. Due to this sugar -both buying it and eating things that could be made with it – became a status symbol.

However, here’s where things get interesting.

This was the mindset of the wealthy in Tudor Society. In fact, Queen Elizabeth I herself refused to use anything but the most expensive products in what little personal hygiene rituals she rarely endeavored upon.

Yes, that’s right. The Queen was not fond of baths. In fact, not many people were at this time. Not to mention the fact that the toothbrush wouldn’t be catapulted into mass production for another two hundred years.

So, what did the wealthy do to “clean” their teeth?

They tried to polish them with something called Tudor Toothpaste.

Hold on, it gets better. What’s Tudor toothpaste?

It’s a paste or “polish” made from pure sugar that the wealthy individuals of high-class Tudor society used to polish their teeth. Yes, they smeared this candy paste all over their teeth with no abandon and not a second thought other than the fact that sugar was expensive and polishing their teeth with it meant they were extra fancy. No toothbrush needed.

As an added bonus silly fact, listen to this:

The poor and desolate in 16th-century society usually had better oral health than the rich. Historians know that the reason for this is, without a doubt, because the poor could very well go their entire lives without ever even tasting sugar. They lived primarily on a diet of stews, leafy greens, and root vegetables.

How the times have changed, right?

Well, until next time readers, stay away from Tudor toothpaste, and keep smiling.

How to Find Your Perfect Toothpaste
9 Best Practices To Maintain A Great Oral Health
Why Should You Brush in the Dark?
Perio NYC Talks About Oral Health And Older Patients
Boost Your Oral Arsenal with These 5 Useful Home Care Products 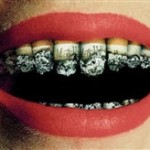 Can Smoking Alter the Mouth Microbiota?

Periodontal Treatments Could Be Potential Tool Against Alzheimer’s
Menu