Periodontal Treatments Could Be Potential Tool Against Alzheimer’s 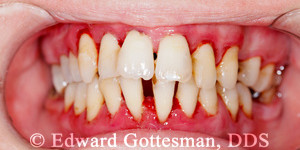 You already know that poor dental health wreaks havoc on your mouth. Not taking care of your mouth’s health leads to cavities, tooth decay, tooth loss, and gum disease.

When most people think of poor dental health, they only think about the negative impact it has on their mouth. You might think that gum disease only affects your oral health, but did you know it can also put a damper on your overall health? Today, we’re going to talk about a broad picture impact of untreated gum disease.

Gum disease, also known as periodontitis, is much more common in elderly patients with Alzheimer’s than young adults that are better equipped to take care of their teeth.

The Correlation Between Dementia and Gum Disease

A new study published in the journal PLOS ONE, observed 59 participants with mild and moderate Alzheimer’s Disease. Throughout the study, they were given cognitive assessments and blood samples to determine the inflammatory levels in their blood. During this time, dental hygienists checked the patient’s dental health. These hygienists were not told the cognitive outcome of the patients throughout their dental assessments. The assessments were given every 6 months.

At the end of the studies, these assessments founds that patients with gum disease at the onset of their mild Alzheimer’s disease experienced a 6 fold increase in their rate of cognitive decline. Why exactly is there a connection? For one, periodontitis causes an increase in pro-inflammatory responses. Alzheimer’s patients with gum disease had higher levels of inflammation in their body.

Thus, when Alzheimer’s patients with gum disease chewed, they were essentially sending large quantities of bacteria into their bloodstream, and their immune systems had to work overtime to try and fight off these bacterium. Dr. Mark Ide was taken aback by how fast these patients “went downhill” in a 6 months time frame.

While the exact mechanism linking gum disease, inflammation, and cognitive decline isn’t known, it’d be worth taking a closer look, because this knowledge could make a huge impact on how we treat dementia and Alzheimer’s.

If researchers could pinpoint the factors of periodontitis that are causing a decrease in brain function, they’d be able to combat these components and explore more effective treatments for gum disease. Inflammation from poor oral hygiene causes Alzheimer’s to progress more rapidly. Thus, treating gum disease in its earlier state in the elderly would be beneficial to slowing the progression of Alzheimer’s.

By decreasing the body’s inflammatory response, Alzheimer’s patients would be able to put more energy towards cognitive function.

Oral Health in the 16th Century 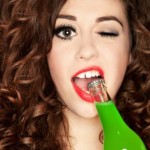 The Corrosive Properties of Soda
Menu